Q&A with Founder of Lighthouse Foundation, Susan Barton AM 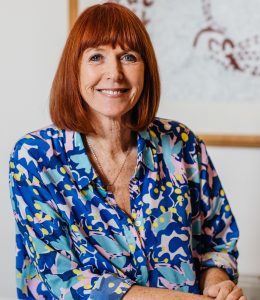 What are you most proud of?

The greatest and most rewarding achievement is seeing the impact that the Foundation has had on so many young lives. In the last 30 years, we have borne witness to 1000 young people who have lived in our homes and begun their own healing journey. It has been the joy of my life to watch their achievements in life as they break the cycle of their own traumatised childhood and become loving parents to their own children.

Last year, we had a visit from a young woman who completed her very first shift as a paramedic. She was proud to show us her uniform and remind us how her Lighthouse carer had encouraged her to join St John’s Ambulance. Without the early support and encouragement, she would never have made the first steps towards fulfilling her bright potential.

What is the most challenging aspect of your role?

It has been clear for many years that the majority of young people entering homelessness have previously been living in group homes and foster care. They often flee difficult and abusive homes much earlier than age 18 and their schooling remains incomplete. We constantly advocate for therapeutic care for all children who cannot live with their parents, and we know that providing a safe home is just the starting point. That is why Lighthouse has begun a new model of Foster Care which builds a community of support around a connected circle of foster families, with respite care and psychological support in the local neighbourhood.

How has Lighthouse pivoted its support for young people during the pandemic crisis?

We had to suddenly close our Youth Resource Centre which is the home base for our Outreach services to the Lighthouse community, and pivot to provide support via phone and video chat. This has undoubtedly impacted the mental health of those who received regular support from the centre. Some transitions to independent living were also delayed. For many, the lockdown has meant a regression in their healing and a reminder of earlier trauma, such as food insecurity and deprivation. For others, the lockdown has meant extra security and more time to deepen the relationships with each other and their carers.

What does it mean to have the support of Future Generation?

We are proud to be one of Future Generation’s charities. The significant support we receive enables us to guarantee our carers’ salaries. We also highly value the support from individual Future Generation Australia investors who allocate a percentage of their assets towards supporting the young people of Lighthouse Foundation.

Lighthouse Foundation provides young people who are homeless and from backgrounds of long-term neglect and abuse with a home, a sense of family and around-the-clock therapeutic care that is individually tailored, trauma informed and proven to work. For over 30 years, Lighthouse has successfully supported over 1000 young people to break the cycle of homelessness, move into employment and educational opportunities, and heal from their trauma.