Digital transformation in the not-for-profit sector 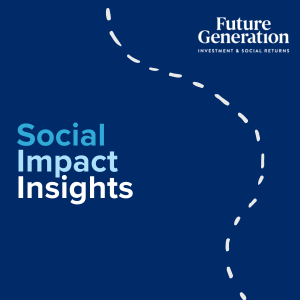 Ever since the Cambridge Analytica scandal broke, data mining by organisations has been getting a bad rap. Seen as a lurking threat, the practice offers a tool to manipulate the online buying – and even voting – habits of customers.

But over the past two years data collection and analytics have started to be used for good, as charities increasingly jump on the e-commerce bandwagon. Instead of being used to sell to vulnerable people, personal data is being used to protect and serve them.

For ReachOut, an online-first mode for mental health information and support, the use of tools like algorithms and cookies provides more personal information, which in turn ensures that young people get the right help, sooner.

“A lot of these things get bad press, and rightly so, because of how they’re being used to manipulate online behaviour to send people down rabbit holes of online content which can have a really negative impact,” ReachOut CEO Ashley de Silva says. “But the underlying technology behind that we think can also be used for good, and it’s a high priority for us over the next couple of years to investigate that”.

The past two years have been a turning point for charities looking to meet the needs of end-users in new ways. While data analytics and online service provision isn’t yet ubiquitous in the charity sector, many are now more firmly on the digital transformation path in response to rolling pandemic lockdowns. Some are even starting to look at what e-Commerce can teach them.

Raise works with more than 2,500 disadvantaged youth directly in schools to provide sustained and targeted mentoring. CEO and founder Vicki Condon AM says while their growth targets to support more young people were slowed by flow on effects of COVID-19, they’re more prepared than ever to scale, because of the work it triggered on their online service model and digital initiatives.

“Everyone is on a different stage of the digital maturity journey and a lot of organisations, even colleagues who are comparable in size to us, are quite different in terms of the type of data they collect, and how they collect it,” Condon says. “We place a lot of emphasis on our theory of change and on our program logic and that in turn informs particular choices around what we measure, and why.”

The team now includes two dedicated data and insights specialists, including Lucy Snowball, who joined from the NSW Department of Education. She sits on the leadership team and according to Condon, comes with a swag of insights about best practice for collecting data from young people.

Snowball says one new development in their data journey is the ability to individualise responses to surveys rather than issue a generic survey link at the start and end of each mentoring program.

It may not seem groundbreaking, but its effect is to do away with the arduous, manual process of linking program outcomes to specific schools, so that although individuals aren’t identified for privacy reasons, program coordinators can see patterns in behaviour change across cohorts of up to 15 students. Technology means that can happen much faster now and can be used to iterate on program delivery for different schools or groups. So, getting that information is critical, but convincing young teens to fill out surveys is not without hurdles.

“We’re very careful about the questions that we ask of mentees, but also mindful that we make doing the surveys a fun and engaging experience,” Snowball says. “We’re not interested in only getting responses from the super engaged students. We have incredibly high KPIs for responses, and that’s a real challenge, so we are starting to use tools to help with that.”

It’s a nod to the practice of gamification of data collection, which has been fine-tuned by digital brands, retailers, and gaming companies for years. Ultimately, for organisations in the social impact and charity sector who base their service models around online interaction with young people, the desired outcome is the same as for those in the commercial sector – to collect as much information as possible that can help tailor and target information to the person online. The difference is one cohort wants to use that to sell to young people, the other to help them.

As part of its examination into how data analytics can be used to improve its service, ReachOut is doing a significant piece of work on its own ethics framework. De Silva says young people generally have a more sophisticated understanding of data and privacy than they get credit for.

“Our guiding principle is that wherever possible young people should be in charge of their data and we’re looking at how we can embed that in a user-friendly way in our services,” he says. “It should be legitimate for a young person once they’ve used our services to be able to say, I don’t want you to retain any of my data or use any of those types of considerations we’re actively looking at.”

For many organisations, particularly those not established as a digital-first model, sophisticated data tracking and analytics is a long way off. And as de Silva says, building internal capability in the service design, UX, and developers needs to be funded, and it’s not an area that traditionally has a neat pocket of grant funding to apply for. “Those skills are obviously in high demand in the very competitive commercial market, so that’s an added challenge to consider for charities.”

But de Silva says the gamification of service delivery and automated intelligence in online user journeys could be more common sooner than we think. “Our ambition is to be set up and active within the next few years but it’s going to be a constant piece of developing work for us. We’re not starting from scratch, but there will be many other services that might start thinking about this now, to roll out over the next decade.”

The hope is that as more organisations become adept at analysing their data, it will lead to a more integrated mental health ecosystem generally. “If someone is looking at a specific topic, across a number of articles or threads it will trigger an intervention related to that topic. Where it’s related to self harm or high risk, it will trigger an intervention offering support from a relevant organisation.”

It’s a concept being tested in a trial between Lifeline and ReachOut currently. “We think there’s a lot of potential to use what we can see about a young person’s behaviour or journey on our site, and if they’re better serviced by a different organisation at that point in time, to then be able to a seamless handover right into that partner service, so their help seeking journey is made simple and easy.”