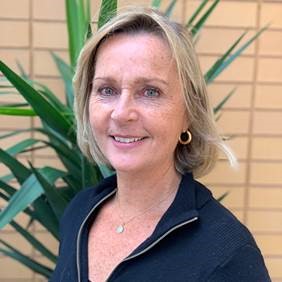 What is Epidermolysis Bullosa (EB) and how many Australians does it affect each year?

EB is a rare, genetic, skin-blistering condition, ranging from mild to severe. In severe cases, it could be likened to third degree burns that never heal. Patients can be affected externally and internally, which can cause feeding problems or swallowing difficulties. EB can also lead to secondary complications, such as cancer, infection, corneal abrasions or mobility issues.

Based on global statistics, there are probably around 1000 EB individuals in Australia. DEBRA helps 270 of them but the numbers are growing steadily as awareness improves. Unfortunately, a lot of people with milder forms are still undiagnosed or, in rare cases, misdiagnosed.

You are the first General Manager of DEBRA, which historically has been a volunteer-led organisation. What do you hope to achieve in this role?

Yes, in 2007, the various state-based bodies – which were all mainly run by volunteers – were brought together and registered as a new national organisation. The first employee was an executive administrator, then a family support coordinator, followed by a fundraising and marketing manager. Three years ago, they decided the time was right to employ a General Manager. That said, we still have so many volunteers who are critical to the running of DEBRA.

There are four main things I’d like to achieve as General Manager:

I know there is no such thing as a typical EB individual but can you describe a day in the life of one of the people you help?

I am thinking of someone who has one of the more severe forms of EB. He has to get up very early in the morning and undergo a three-hour dressing and care regime, which involves taking off his old dressings, popping his blisters, bathing, putting on new dressings, checking his PEG feeding tube (which allows food and fluids to pass directly into his stomach because he can’t eat through his mouth), and getting dressed in special clothes and shoes that minimise skin irritation. So for him it’s definitely not a case of having a shower and running out the door to start his day! At the end of the day, he needs to go through the whole dressing and care process again. Bear in mind, he is also in constant and chronic pain, with severe itchiness, all day.

Who are some of the most inspiring people you have met in your role as a General Manager of DEBRA?

Without doubt the EB individuals and their families. They are incredibly inspirational and courageous. They deal with things that most people never have to, but they just get on with life and support others in the community as well.

One of our ambassadors, Dean Clifford, was born with a severe form of EB and given just a few years to live. He is now 42! He uses mind over matter exercises to deal with the pain without medication and has even become a powerlifter who can lift up to 150kgs, which is double his body weight. To me, he encapsulates everything about the courage and resilience of our EB individuals in a nutshell!

Then there are the parents. I really feel for them. They have to put their children through pain every time they bath them, when all they want to do is love them and nurture them and just be their parents. They are absolutely exceptional.

What do you use the Future Generation funding for?

Future Generation’s investment has allowed us to develop state centres of excellence in hospitals in Melbourne, Brisbane and Sydney. We have established two specialist EB paediatric nurse positions in Melbourne and Brisbane, with the latter now funded by QLD Health. A further two ‘transition’ nurses, based in Sydney and Melbourne, support patients moving into adult hospital systems.

In addition, nurses for in-home care have provided over 10,500 hours of in-home help to families struggling with dressing regimes.

The Future Generation money also funds our national psychology program, which provides counselling services to EB patients and their families; podiatry support for EB individuals, including those with less severe symptoms; our Youth Crew – a youth wellbeing programme moderated by two of our Ambassadors – both living with EB; the bi-annual DEBRA family conference and camp; family respite; and our advocacy program, which has enabled us to get EB individuals onto the National Disability Insurance Scheme (NDIS).

We have used the investment to provide training to over 130 health professionals, as well as ongoing support to a variety of hospital staff working with children.

And, finally, we have used the funding to initiate a social impact measurement and evaluation program.

We are so grateful to Future Generation for their on-going and invaluable support. It has enabled all these programs to continue to deliver much needed care and better quality of life for our EB individuals, families and community.

I know DEBRA has been instrumental in getting the public health system to better cater for EB individuals. What have you achieved in this area?

DEBRA was instrumental to the establishment of the National EB Dressing Scheme, which has been funded by the Australian government since 2010. Prior to this, families with EB children and DEBRA would have to have paid around $10,000 a month to access the essential dressings required for their EB. This is a figure that is neither reasonable or affordable.

We also funded a specialised EB nurse in Brisbane for 7 years, who is now funded by Queensland Health.

When the public health system steps up in this way, we can use our funding for other purposes, like education or research!